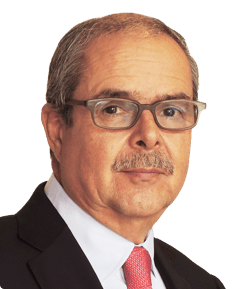 Gabriel Jaramillo has 33 years of experience in the financial sector, particularly in Latin America. Mr. Jaramillo joined Grupo Santander in 1996 as a Managing Director. At that time, he worked on bank acquisitions in several countries in Latin America. From 1997 to 1999, he served as President of Banco Santander Colombia. From September to March 2008, he was president of Banco Santander (Brazil). He serves as a member of the Board of Directors of Banco Santander (Brazil). Through various acquisitions and organic growth, he built a franchise where Santander became the second largest private financial intuition in Brazil. In 2008, he became an advisor to the Chairman of Grupo Santander. Mr. Gabriel Jaramillo served as the President and Chief Executive Officer of Santander Holdings USA, Inc. (Sovereign Bancorp Inc.) from 2009 through 2011, when Jorge Morán was named Chief Executive of Sovereign Bank and Country Head of Santander businesses in the United States. Gabriel Jaramillo continues as non-executive Chairman of the Board of Directors of Sovereign and Santander Holdings USA, Inc.