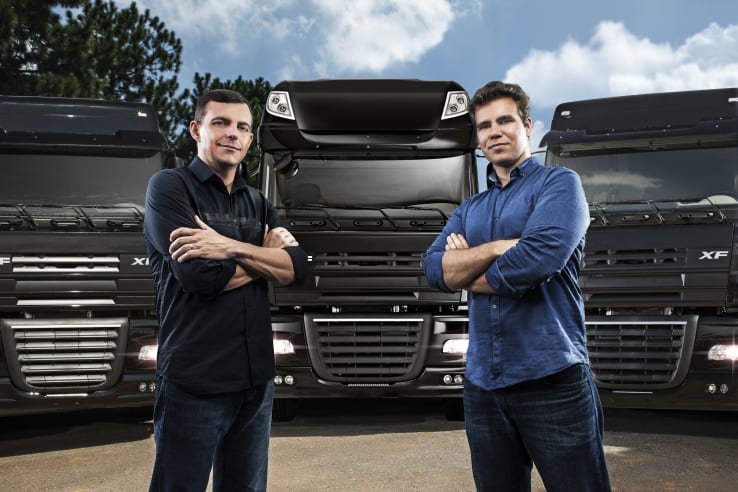 Founded in 2013, CargoX was the first mover in Brazil to connect truckers and cargo shippers via a digital platform. Before Uber Freight, Convoy, and other digital load freight platforms were created in the U.S., CargoX was already bringing significant efficiencies to Brazil’s large and highly fragmented trucking industry. Fast forward to 2020 and the company is now in its scale-up phase, validated by global investors such as Farallon Capital, LGT LightStone, Blackstone and Goldman Sachs, who collectively deployed US$180 million into the company.  More than 1 million truck drivers find loads on the CargoX platform, which generated more than US$20 billion in income for its truckers in 2019, and is ever closer to fulfilling its vision of becoming a 360-degree trucking marketplace.

Here is Federico Vega, Founder and CEO, on the early days and the company’s partnership with Valor:

Fede, CargoX has one of the most interesting founding stories out there. Can you tell us a little more about how you came up with the idea for the company?

I grew up in Puerto Madryn, a small Argentine town on the Patagonian coastline. Right after graduating from high school in 1999, I decided to embark on a cycling journey across the continent. I left Puerto Madryn and headed north without a definitive plan – all I had was my bicycle, a kit with day-to-day living essentials, and a few bucks in my pocket. Throughout the trip’s more than 2,500 kilometers, I checked into several truck stops to refuel and sleep, which allowed me to meet truckers and cargo shippers alike. I quickly became acquainted with the realities of the industry: low wages, robbery, and a flimsy offline relationship between truckers and shippers. I went on to graduate from college in the United Kingdom and ended up in JP Morgan as an investment banker. After 5 years in finance, I decided to take the leap and pursue the idea for CargoX, which had been at the back of my mind for almost 15 years since the cycling trip across Latin America.

What was your initial vision for CargoX and how has it evolved over time?

Back in 2013, relationships in the trucking industry happened exclusively offline. Truckers had to drive all the way to a truck stop and wait to be connected to a load by the local cargo shipper. As a consequence, truckers would spend 60% of their time driving with empty trailers or passively waiting to be connected with loads. The logistical challenges of linking independent drivers to loads were immense. The initial vision for CargoX was to take the trucker-shipper relationship online by creating a digital freight marketplace. Since our founding, we have ingrained ourselves in the industry, tapping into experts from companies like Echo Logistics, DHL, and Coyote Logistics to learn best practices and figure out how to make the model work in Brazil. Dealing with trucking unions and arcane regulation in the country has been a challenge, but we’ve been able to overcome roadblocks by leveraging our international network of operational collaborators.

Presently, the US$105 billion Brazilian trucking industry (3rd largest in the world behind the US and China) still runs at a fraction of its capacity. While truckers now have better tools to manage load scheduling, they still face several operational challenges in running their business. The trucking sector is very fragmented and mostly run by small independent truckers: 98% of the 1.9 million trucks in Brazil are owned by carriers with less than 5 vehicles. Our digital freight marketplace puts us in the perfect position to support those independent truckers. Looking ahead, the vision for CargoX is to become a 360-degree trucking marketplace providing financial services, insurance, and data solutions for independent truckers and small carriers.

How did you first meet Valor and how have you been working with the firm since then?

I first met Valor Partners Michael Nicklas and Scott Sobel during a coffee chat at Santo Grão in São Paulo. Based on that conversation, a PowerPoint presentation, and the vision for CargoX, Valor decided to lead a pre-revenue seed round when we were launching the first version of our online platform. Since then, Valor led the Series A and has participated in all of CargoX’s subsequent rounds until our most recent Series E. Most importantly, they introduced us to and helped us negotiate with the lead investors of the series B, C and D – including recognized financial institutions like Goldman Sachs and Blackstone. It was via Valor that I also met Uber co-founder Oscar Salazar, one of our largest angel investors, valuable board members, and who helped build out our tech stack. Valor is the most hands-on and strategic VC I’ve ever come across. Their support over the last few years has been essential for CargoX’s success.