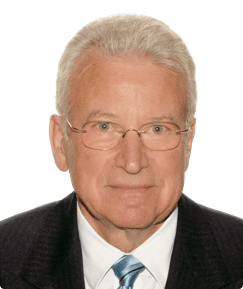 Willem Kooyker is Chairman of Blenheim Capital Management and has been a prominent participant in the international commodities business for over 35 years. Mr. Kooyker began his trading career in 1964 with Internatio-Muller in Rotterdam, The Netherlands, where eventually he became a managing director of the International Trading Group. He stayed in this position until 1981, when he joined Commodities Corporation, Princeton New Jersey, where he became President. In October 1984, Mr. Kooyker started a new company, Tricon Holding Company, Ltd., which was a trading and consulting company in the futures as well as the physicals markets predominantly directed towards energy and industrial commodities. In January 1989, Mr. Kooyker founded Blenheim. Concurrent, but separate from Blenheim, Mr. Kooyker was a major shareholder of Derivatives Portfolio Management, L.L.C. (DPM). Mr. Kooyker received a B.A. in Economics from Baruch College in New York and an MBA in International Finance and Economics from New York University.